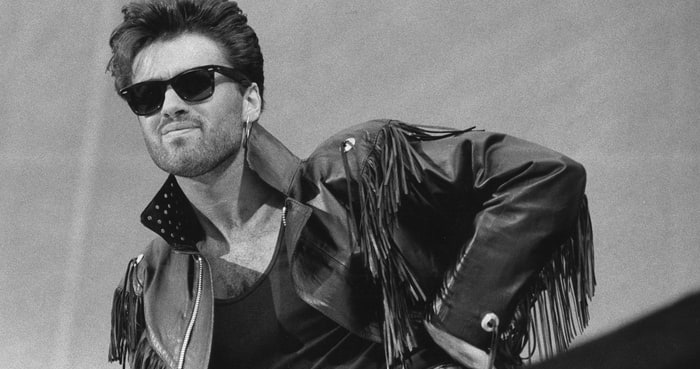 George Michael is an English singer-songwriter, musician and record producer. After gaining worldwide fame as one-half of the pop duo Wham!, he embarked on a highly successful solo career in 1987. One of the most popular British pop stars of his generation, Michael has sold more than 100 million records across the world.

Born “Georgios Kyriacos Panayiotou” in East Finchley, North London, his father was a Cypriot restaurateur while his mother was an English dancer. Michael was raised in Kingsbury, North West London and attended Kingsbury High School. He started singing and playing guitar at an early age and would busk on the London Underground.

George Michael formed the musical duo Wham! along with his school friend Andrew Ridgeley in 1981. Their first few albums achieved widespread success in the UK and US. When the duo officially disbanded in 1986 due to creative differences, Michael embarked on a highly successful solo career. His debut album, Faith (1987), peaked at #1 in the UK Albums Chart and spawned chart-topping hit singles such as “I Want Your Sex”, “Faith”, “Father Figure”, “One More Try” and “Monkey”. The album has sold over 25 million copies worldwide.

Michael’s second solo album, Listen Without Prejudice Vol. 1 (1990), demonstrated his intellectual depth and versatility. It sold more than eight million copies worldwide. His 1991 duet with Elton John “Don’t Let the Sun Go Down on Me” reached #1 in the UK and US and was nominated for two Grammy Awards. Michael would continue his massive success with several hit albums and sold-out shows. In 1998, he released his first greatest hits collection, Ladies & Gentlemen: The Best of George Michael. The album reached #1 in the UK, where it was certified 7× Platinum.

Twenty Five (2006), Michael’s second greatest hits album, commemorated the 25th anniversary of his music career and also debuted at #1 in the UK. He continues to perform and record music.

The personal life of George Michael, particularly his sexual orientation, has been the subject of extensive media attention. He maintained relationships with several men and co-habited with at least one of them. Michael also fought with alcoholism and drug addiction for many years.