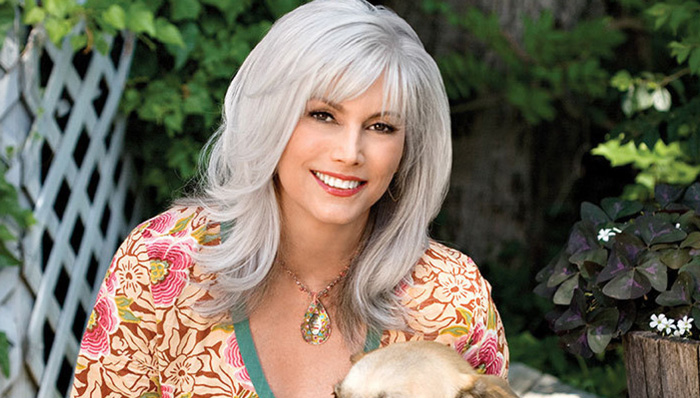 Emmylou Harris is an American singer-songwriter and musician whose work encompasses diverse musical styles, including folk, pop, rock and country. In a career spanning more than four decades, she achieved great fame and critical praise for her crystalline, sophisticated vocals and unrivaled creative spirit. Often referred to as “the queen of country rock”, Harris has sold more than 20 million records worldwide.

Born in Birmingham, Alabama in 1947, Harris belongs to a military brat family. Her father a military officer in the Marine Corps. She was raised in North Carolina and Woodbridge, Virginia. Harris graduated from Gar-Field Senior High School in Prince William County, Virginia. She earned a drama scholarship to the University of North Carolina at Greensboro, where she studied music as a major, but she ultimately dropped out to become a folk singer in New York.

Emmylou Harris started her musical career performing folk songs in Greenwich Village coffeehouses and clubs. After establishing herself and getting noticed as a promising new singer, she had her first major breakthrough when she contributed her velvety, country-infused soprano vocals to Gram Parsons’s two solo albums between 1973 and 1974. When Parsons died in 1973, Harris released her major label debut album, Pieces of the Sky Pieces of the Sky (1975), which garnered highly positive reviews and included her tribute to Parsons, “From Boulder to Birmingham”.

In the next few years, she came out with a series of critically acclaimed and commercially successful recordings produced by her then-husband, Brian Ahern. Harris also collaborated with and covered a number of prominent artists such as Hank Williams, Simon and Garfunkel, Linda Ronstadt and Bruce Springsteen.

Her 1995 album, Wrecking Ball, comprised of her renditions of songs composed by Neil Young, Bob Dylan, and Jimi Hendrix, among others. Although the album never charted well, it brought Harris to the attention of alternative rock listeners. In 2000, she worked with a number of renowned folk and country artists on the Grammy Award-winning soundtrack for the Coen brothers’ film 0 Brother, Where Art Thou? She later went on to release various critically acclaimed solo albums, such as Stumble into Grace (2003) and All I Intended to Be (2008).

Emmylou Harris has won numerous awards and accolades in her career, including 13 Grammys, 3 Country Music Association Awards, and a Billboard Century Award. She was inducted into the Country Music Hall of Fame in 2008.

Emmylou Harris is a noted feminist and animal rights and anti-war activist. She has been married thrice, but unfortunately all her marriages ended in divorce. Harris has two daughters, namely Meghan and Haillie.