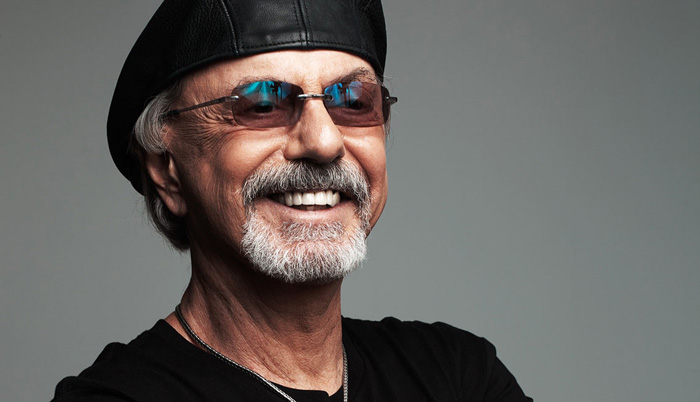 Dion DiMucci is an American singer-songwriter who was one of the most prominent rock ‘n’ roll artists of the pre-British Invasion era. After gaining prominence as the lead singer of the Belmonts, he established himself as a solo performer, while incorporating the best elements of doo-wop, blues, folk, and R&B styles. Although Dion’s career slowed down in the mid-1960s due to drug problems, he experienced a career resurgence in the late 1960s and into the mid-1970s.

Born “Dion Francis DiMucci” in The Bronx, New York City in 1939, his father was an Italian-American vaudeville entertainer. DiMucci developed an interest in country, blues and doo-woop music as a young child. He would often accompany his father on tours. DiMucci started his early journey singing on the street corners and local clubs of the Bronx.

The Belmonts secured a recording contract with Laurie Records in 1957. In the following years, the group released a series of chart-topping singles such as “No One Knows”, “A Teenager in Love”, “Where or When”. Dion DiMucci left the group due to personal and financial differences and embarked on a solo career in 1960.

Within a few years, he established himself as one of the most successful solo acts on the charts after recording back-to-back hit singles, including “Runaround Sue”, and “Wanderer”. DiMucci switched to Columbia Records in 1963, immediately scoring three massive hits with the label, namely “Ruby Baby”, “Donna the Prime Donna”, and “Drip Drop”.

He suffered a career hiatus in the mid 1960s due to his infamous heroin addiction. DiMucci briefly reunited with the Belmonts in 1967, and then recreated his previous chart domination with his original label. His 1968 song “Abraham, Martin & John” reached number four in the US charts and number one in Canada, selling more than one million copies worldwide. One of the earliest artists to flaunt a tough-guy image and New York accent, DiMucci remained relevant into the mid-1970s. He continues to perform and record music.

Several of his Laurie recordings have been reissued on various compilations by a number of labels, including Arista, Capitol, and Ace Records.

Dion DiMucci has been married to Susan Butterfield since 1963, and has three daughters: August, Tane and Lark. He has battled with a heroin addiction since his teenage years.