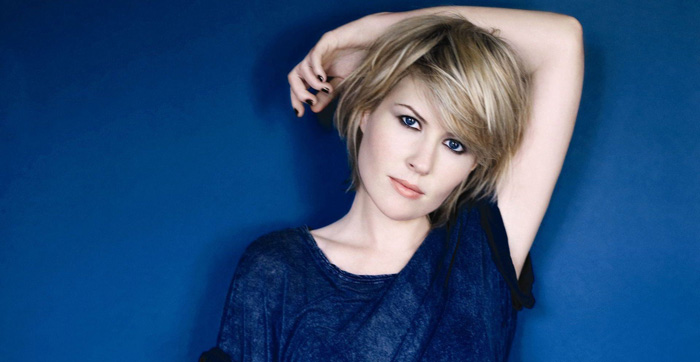 Dido is an English singer-songwriter and musician who rose to international prominence in 1999 with her debut album, No Angel. Known for her soothing voice and unusual duets, she has collaborated with many renowned artists throughout the years to create beautiful music. Dido has sold an estimated 30 million records worldwide.

Born “Dido Florian Cloud de Bounevialle Armstrong” in Kensington, London in 1971, her father was a publisher while her mother was a poet. She learned to play the piano, recorder and the violin at an early age. Dido studied law at Birkbeck, University of London, but dropped out before completing her degree to pursue a career in music.

After briefly collaborating with her brother Rollo Armstrong’s electronica band Faithless, Dido embarked on a solo career and signed a record deal with Arista Records in 1996. Her debut studio album, No Angel, featured traces of electronica, folk guitars and her trademark tender vocals. Originally released in 1999, the album went on to sell over 22 million copies worldwide and found a bigger audience after its 2001 re-release.

Dido’s second studio album, Life for Rent (2003), spawned four hit singles: “White Flag”, “Life for Rent”, “Don’t Leave Home” and “Sand in My Shoes”. It sold more than 12 million units worldwide and stayed on the charts for 54 weeks. Her subsequent albums, Safe Trip Home (2008) and Girl Who Got Away (2013), were also huge successes.

Dido has collaborated with a number of renowned international artists such as Carlos Santana, Brian Eno, Mick Fleetwood, Youssou N’Dour and Kendrick Lamar. In 2013, she released the album Greatest Hits, a collection of remixes and collaborations.