Condolences and tributes pour in after David Bowie’s death

Paul McCartney, Iggy Pop and Madonna among admirers responding to death of 69-year-old 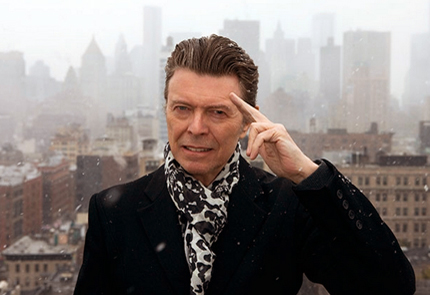 Tributes to rock icon and legendary singer David Bowie continued to pour in, on Monday, for the 69-year old who died of cancer, after 18 months of being diagnosed. He released his most recent studio album, Blackstar, last week on his 69th birthday.

Bowie is survived by his wife, Iman, and his two children from a previous marriage, Duncan and Alexandria Zahra Jones.

David Cameron: “I grew up listening to and watching the pop genius David Bowie. He was a master of re- invention, who kept getting it right. A huge loss.”

Paul McCartney: “Very sad news to wake up to on this raining morning. David was a great star and I treasure the moments we had together. His music played a very strong part in British musical history and I’m proud to think of the huge influence he has had on people all around the world.”

The Rolling Stones: “The Rolling Stones are shocked and deeply saddened to hear of the death of our dear friend David Bowie. As well as being a wonderful and kind man, he was an extraordinary artist, and a true original.”

Brian Eno: “David’s death came as a complete surprise, as did nearly everything else about him. I feel a huge gap now.”

Madonna: “Im Devastated! This great Artist changed my life! First concert i ever saw in Detroit! Talented . Unique. Genius. Game Changer. The Man who Fell to Earth. Your Spirit Lives on Forever! So lucky to have met you!!!! Hot Tramp I love you So!”

Iggy Pop: “David’s friendship was the light of my life. I never met such a brilliant person. He was the best there is.”

Kanye West: “David Bowie was one of my most important inspirations, so fearless, so creative, he gave us magic for a lifetime.”

Gene Simmons: “David Bowie, you will be sorely missed.”

Peter Gabriel: “He meant so much to me and to so many. He was a one-off, a brilliant outlier, always exploring, challenging and inspiring anyone who wanted to push the boundaries of music, art, fashion and society. There are so few artists who can touch a generation as he did, we will miss him badly. Long Live Lazarus.”

Pharrell Williams: “David Bowie was a true innovator, a true creative. May he rest in peace.”

Niall Horan: “Very sad to wake up to the news of David Bowie’s passing . He is a true music legend and his legacy will live on forever.”

Mia Farrow: “The truth is that there is no journey. We are arriving and departing all at the same time.’ David Bowie we will miss you so much.”

Billy Idol: “Nearly brought to tears by sudden news of @DavidBowieReal David Bowie’s passing. He inspired us to go beyond the norm & reach out & dispel the void of life in 70’s England wth our own art forms…”

Justin Welby: “I’m very very saddened to hear of his death. I remember sitting and listening to his songs endlessly in the ’70s particularly, and always really relishing what he was, what he did, the impact he had.”