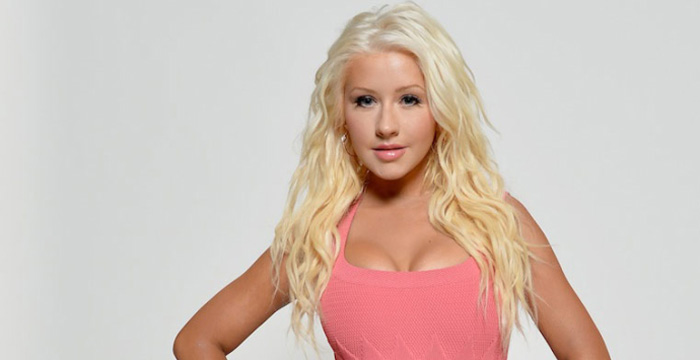 Christina Aguilera is an American singer-songwriter and actress. A soprano with a four octave vocal range, she is often considered as one of the biggest pop icons of the last two decades. She has sold more than 50 million records worldwide.

Born “Christina María Aguilera” on December 18, 1980 in Staten Island, New York, her father was a soldier of Ecuadorian origin while her mother was a little-known musician. Aguilera’s parents divorced when she was only six years old. She showed an early interest in singing and became known as “the little girl with the big voice”.

Christina Aguilera began her musical career as a child star and made frequent appearances on the TV show The Mickey Mouse Club. She gained widespread recognition at the age of seventeen with her hit song “Reflection” for the animated feature film Mulan (1988). The song earned her a Golden Globe nomination for Best Original Song.

Soon after, Aguilera signed a record deal with RCA Records and released her self-titled debut album, Christina Aguilera, in August 1999. The album, featuring hit singles such as “Genie in a Bottle”, “What a Girl Wants” and “Come On Over Baby (All I Want Is You)”, peaked at number one on the U.S. Billboard 200 and Canadian Albums Chart. She had become a household name by the end of the year, selling 8 million copies in the United States and 17 million copies worldwide.

Aguilera released Spanish-language album, Mi Reflejo, to honor her Latin heritage in September 2000. The album, comprising of six new songs and five of her previous songs translated into Spanish, soared at the Latin charts and topped the Billboard Latin Albums for 19 weeks. Mi Reflejo earned her a Latin Grammy Award for Best Female Pop Vocal Album in 2001. Continuing her commercial success with various chart-topping albums, Aguilera has since returned to TV as a judge on a number of singing competitions.

Christina Aguilera has received several awards and accolades, including four Grammy Awards, one Latin Grammy Award and a star on the Hollywood Walk of Fame. She was ranked at number 58 on the Rolling Stone’s 2010 compilation of “100 Greatest Singers of All Time”.

Christina Aguilera married music marketing executive Jordan Bratman in 2005 at an estate in Napa County, California. The couple filed for divorce in 2010.