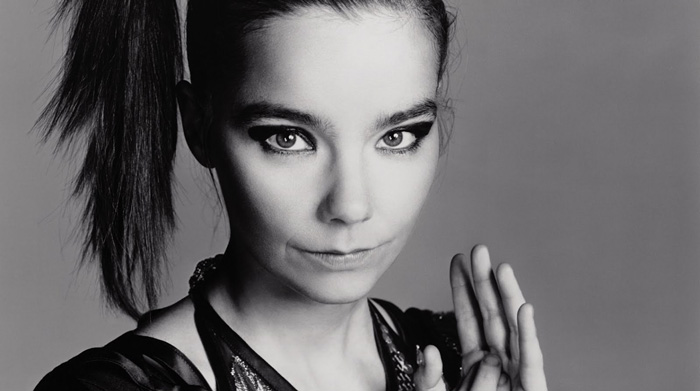 Among the most popular artists to ever emerge from Iceland, Björk is a world-renowned singer-songwriter, multi-instrumentalist and producer. She was one of the first musicians to bring in electronic dance music into mainstream pop. Having sold more than 35 million records worldwide, her innovative approach to singing and composition and unique singing style have been widely praised by music critics.

Born Björk Guðmundsdóttir on 21 November 1965 in Reykjavík, Iceland, she attended Barnamúsíkskóli, where she studied classical piano and flute. Björk’s recording of Tina Charles’ 1976 hit “I Love to Love” was nationally broadcasted on the RÚV radio station and she was approached by a representative of the Fálkinn record label who offered her a record contract.

Björk released her self-titled debut, Björk, in 1977 when she was only twelve. She purchased a piano with the money she earned from this first record. Björk joined a number of groups as a teenager and became interested in Iceland’s fanatical punk scene. She achieved moderate success with her band KUKL (meaning “Sorcery”), releasing their first single in 1983. The band also played at Roskilde Festival in Denmark.

While KUKL split up due to personal rivalries in 1986, Björk earned a loyal following in both Europe and America with The Sugarcubes, which also disbanded in 1993. She then decided to move to London, diving into the electronic music scene. Here first solo album, Debut (1993), received widespread critical and commercial success. The album went platinum in the United States and made her a worldwide celebrity. Björk has since recorded a constant and steady stream of original music – a solid body of work that is amazingly unique and exciting. Her musical tastes are remarkably unpredictable.

Björk possesses a soprano vocal range. She has performed Icelandic jazz (Gling-Gló) and composed music for the 2004 Olympics and various original film scores. After conquering the pop world with chart-topping singles, Björk even acted in some Icelandic and foreign films, winning best actress award at the Cannes Film Festival for Dancer in the Dark (2000).

After giving birth to a boy, Sindri Eldon Thórsson, Björk married her band mate Þór Eldon in 1986. She is also well-known for her charitable and political work.