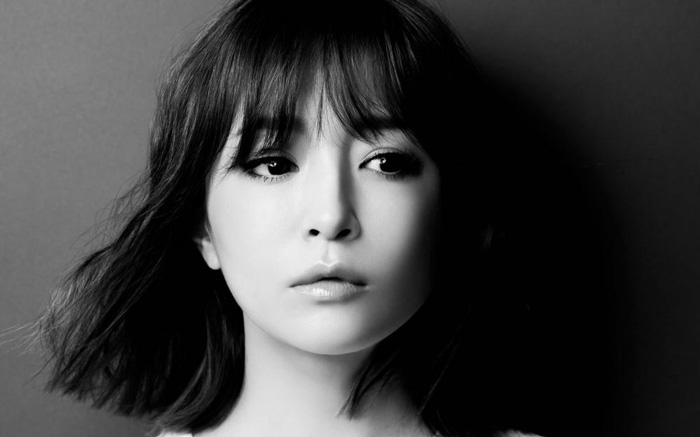 Ayumi Hamasaki, also known as “Ayu”, is an internationally known Japanese singer, model and actress. Often dubbed as “Empress of Pop” by the Japanese media, she has sold more than 50 million records in Japan. Hamasaki frequently ranks among the best-selling recording artists in the country. She is widely credited as one of the most popular and influential pop icons in Japanese music history.

Hamasaki was born on October 2, 1978. She was raised in Fukuoka by her mother and grandmother as her father had abandoned the family when she was only three. Hamasaki began her modeling career at age seven. She moved to Tokyo to pursue a career in the entertainment industry in 1992, as a 17-year-old.

Ayumi Hamasaki made her debut with her hit single “Poker Face” under Avex Trax. Since then, she has released eight full-length studio albums, one mini-album, four compilation albums, 40 singles and several non-studio albums. When her 40th single “Blue Bird” released, her single sales exceeded the 20 million mark and Hamasaki became the first solo and female singer to ever achieve this feat.

Starting from “Free & Easy”, Hamasaki has 15 consecutive number 1 singles to date. She is the first Japanese singer to have her first original eight studio albums top the charts.

Hamasaki is also widely known for her widespread cultural impact. Often recognized as a fashion trendsetter, she has gained controversy for her sexually suggestive album covers for Unite!, Secret, Loveppears and I Am…

Ayumi Hamasaki has received the Grand Prix at the Japan Record Taishō (the Japanese version of the Grammys) three times in a row, from 2001 to 2003. She declined a nomination in 2004 due to the Avex-Matsuura incident.

Ayumi Hamasaki has dated singer-actor Tomoya Nagase and back-up dancer Maro. She was briefly married to Austrian actor and model Manuel Schwarz. Hamasaki announced her marriage in January 2011 and filed for divorce in January 2012.