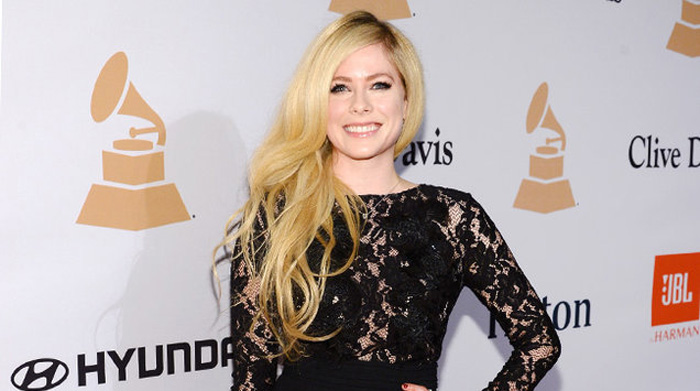 Avril Lavigne is a Canadian singer-songwriter who has established herself as one of the world’s most popular pop punk artists. She has sold more than 60 million records worldwide.

Born in Belleville, Ontario, Canada on September 27, 1984, her father was of French descent and her mother had English, Scottish, and German roots. She spent most of her childhood in the small town of Napanee, Ontario. Lavigne started performing at an early age and often sang country songs for small-time producers in Ontario. Her first song, “Can’t Stop Thinking About You”, was about a teenage crush.

When Avril Lavigne was 15, she had the career opportunity of a lifetime to perform with her idol and renowned country singer, Shania Twain, after an audience of more than 20,000 people. Shortly after she decided to drop out of school and move to New York to pursue a career in music.

Lavigne’s raw musical talent was spotted by folksinger Stephen Medd who gave her a chance to sing on his 1999 song “Touch the Sky”. She signed a record deal with Arista Records in 2000 and released her debut album, Let Go, in 2002. The album reached number 2 on the Billboard 200 and also peaked at number 1 on the Australian, Canadian, and UK charts. Her debut single, “Complicated”, reached number 1 in Australia and number 2 in the U.S. The other two single, “Sk8er Boi” and “I’m With You”, also became huge hits and Lavigne became the only female singer at the time to get 3 consecutive number one singles from a debut record. She was named the Best New Artist at the 2002 MTV Video Music Awards.

Her second album, Under My Skin, was released on in 2004. It debuted at number 1 in various major markets, including U.S, UK, Canada, Australia, and Japan. The album’s single “My Happy Ending” established Lavigne as one of the most successful recording artists of her time. She embarked on “The Bonez Tour” in 2005 which comprised of more than 144 tour dates across the world.

Lavigne released her third studio album, The Best Damn Thing, in 2007. The single “Girlfriend” became a roaring worldwide hit, selling over 7.3 million copies. Her fourth studio album, Goodbye Lullaby, came out in 2011, debuting at top five in more than 15 countries globally. The album’s lead single, “What the Hell”, sold millions of copies worldwide.

Avril Lavigne has been married twice, first to Sum 41 lead vocalist and guitarist Deryck Whibley from 2006 to 2009, and then to Nickelback frontman Chad Kroeger in 2013. She is known for her heavy and dark eye makeup and her unconventional look and attitude. She has also began a moderately successful fashion line, fragrance business, and a movie career.