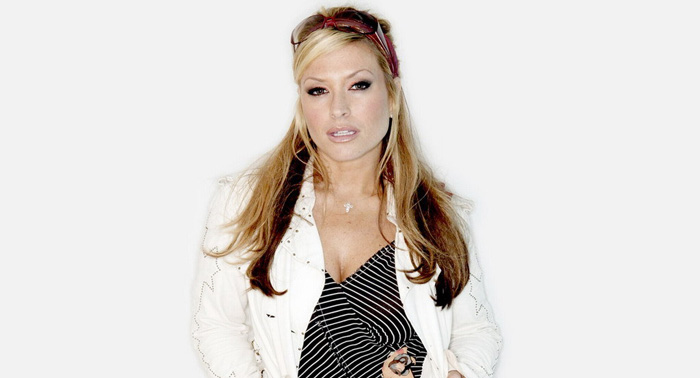 Anastacia Lyn Newkirk (more commonly known as “Anastacia”) is an American singer-songwriter and musician. Noted for her strong mezzo voice and her small stature of 5 feet 2 inches, she has sold more than 30 million albums worldwide.

Born in Chicago, Illinois on September 17, 1968, her father was a singer and her mother worked in musical theater on Broadway. Their family moved to New York when she was still a teenager. She joined the Professional Children’s School in Manhattan.

Anastacia was diagnosed with Crohn’s disease when she was only 13. Despite her health problems, she became a professional dancer in 1983. She can be seen in the early Salt-N-Pepa videos “Everybody Get Up” and “Twist and Shout”.

Anastacia made regular appearances in mid 80s and early 90s on MTV’s Club MTV, and made it to the final of several talent shows. After starting her musical career as a backing vocalist in 1991, she finally secured a contract with Daylight Records, an off-shoot of Epic records in 1999. Anastacia released her debut album Not That Kind in 2000, and achieved greater success worldwide with her hit single “I’m Outta Love”. Her second studio album, Freak Of Nature, sold more 4.5 million copies across the globe.

She released the self-titled Anastacia in 2004. The album also topped the charts across Europe, although it did not release in the US due to lack of airplay support from radio stations. In 2005, Anastacia came up with a “Best Of” compilation which also contained new material in collaboration with Italian megastar, Eros Ramazzotti.

Her DVD collection Anastacia: Live at Last was released in 2006. Her fourth studio album, Heavy Rotation, was a commercial failure and struggled in the music charts worldwide. Anastacia managed to make a commercial and critical comeback with her sixth studio album Resurrection, entering the top five in five European countries.

Anastacia has won numerous awards and accolades, including World Music Awards, Goldene Europa Awards, and TMF Awards. She was honored with the Humanitarian Award at the GQ Men of the Year Awards in 2013 due to her decade-long charity work in breast cancer awareness.

Anastacia married Wayne Newton, her personal bodyguard, in April 2007. The couple filed for divorce in April 2010.