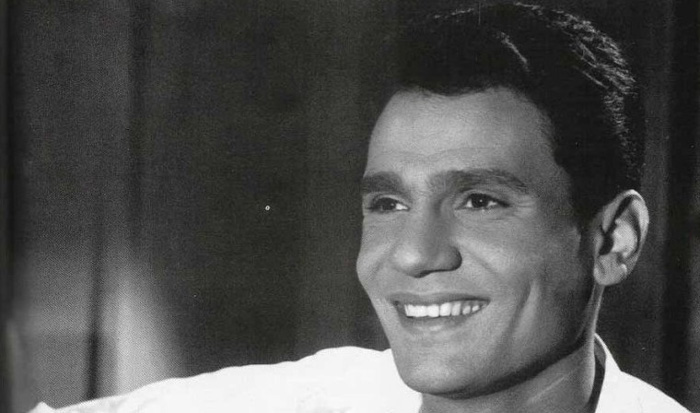 Abdel Halim Hafez is widely regarded among the greatest and most influential Arab singers in history. His trademark romantic and nationalistic songs are known to be one of the most famous recorded collections in Arabic music. A cultural icon and national symbol, he is one of the four “greats” of Arab and Egyptian music (the other three being Umm Kulthum, Mohammed Abdel Wahab and Farid al-Atrash).

Born in El-Halawat, Egypt as Abdel Halim Ismail Shabanah, he orphaned at a young age and raised by his uncle and aunt. At the age of 14, Hafez joined the Higher Theatrical Music Institute. He graduated as an oboe player in 1948 and started his early career performing at small night clubs in Cairo, mostly covering the songs of Mohammed Abdel Wahab, then programming supervisor at Egyptian National Radio. Wahab discovered Hafez a few years later in 1953.

Abdel Halim Hafez was initially shunned for his raw, romantic “crooning” style of singing. Nonetheless, his patriotic songs such as “Your Son Calls You a Hero” and “Never Mind, Mr. President” attracted huge popularity at the time of Egyptian independence due to their nationalistic attitude and fervor. He even became friends with then-President Gamal Abdel Nasser Hussein.

Hafez was also a renowned actor, movie producer, and music teacher. He made more than 300 recordings and also composed music. He established his own recording company in 1961 called Soutelphan or Sawt el Fan, which still operates as a subsidiary of EMI Arabia. A charismatic actor, he performed in 15 Egyptian films between 1955 and 1969, including Dalila, Egypt’s first color film. His last film, My Father is up the Tree, proved to be controversial but became a big commercial success and ran in cinemas for thirty-six weeks. Notably, it has never been broadcasted on television due to strict censorship laws in Egypt.

Hafez’s style of music style became unfashionable and out of favor in the public sphere after 1967, mainly due to the explosive emergence of Arab pop.

Abdel Halim Hafez never married in his life. He was a noted philanthropist who often gave money and food to the poor and built a hospital in Egypt to help those who had been denied care.

Hafez suffered from bilharzia for most of his life. He died of liver failure in London on March 30, 1977. Buried in Cairo, he was 47 years old.